Many years ago I went to the Django Reinhardt Festival in the small provincial town of Samois-sur-Seine, France. A week long celebration of the unparalleled guitarist who along with Stéphane Grappelli invented gypsy jazz, it was one of those experiences that reminded me of how big the world really is.

For those such as myself who could not afford a hotel or a rented room, the festival set up a campsite right beside the Seine. Nearly everyone there beside myself was a musician. From the morning into the afternoon, I drifted from site to site listening to string jazz, smoking cigarettes, and drinking coffee or wine like some daydream of the full expression of the romantic’s life.

Everyone played well, some better than others. But we all knew the song book. A few notes were all that was needed to know if it was Minor Swing, Montmartre, or Honeysuckle Rose. There were always a rhythm guitar and solo guitar that are in essence the base and ceiling of gypsy jazz. Between them the alternations of violin, accordion, and clarinet. One crazed individual even brought his stand up bass from his home in Brussels.

As the sun began to set softly over the idealistic landscape of Southern France, we wandered collectively over to the festival stage where the likes of Stephane Wrembel, Django’s own son Pearl Reinhardt, and the world’s finest hot clubs graced the stage between 7 and 11 every evening. We erupted at seemingly superhuman feats of speed and agility traced over the neck of a guitar, the keys of an accordion, the strings of a violin. We swayed with the slow melodies of “Blue Moon” and “Sweet Georgia Brown.” We drank our fill and stumbled back to camp. 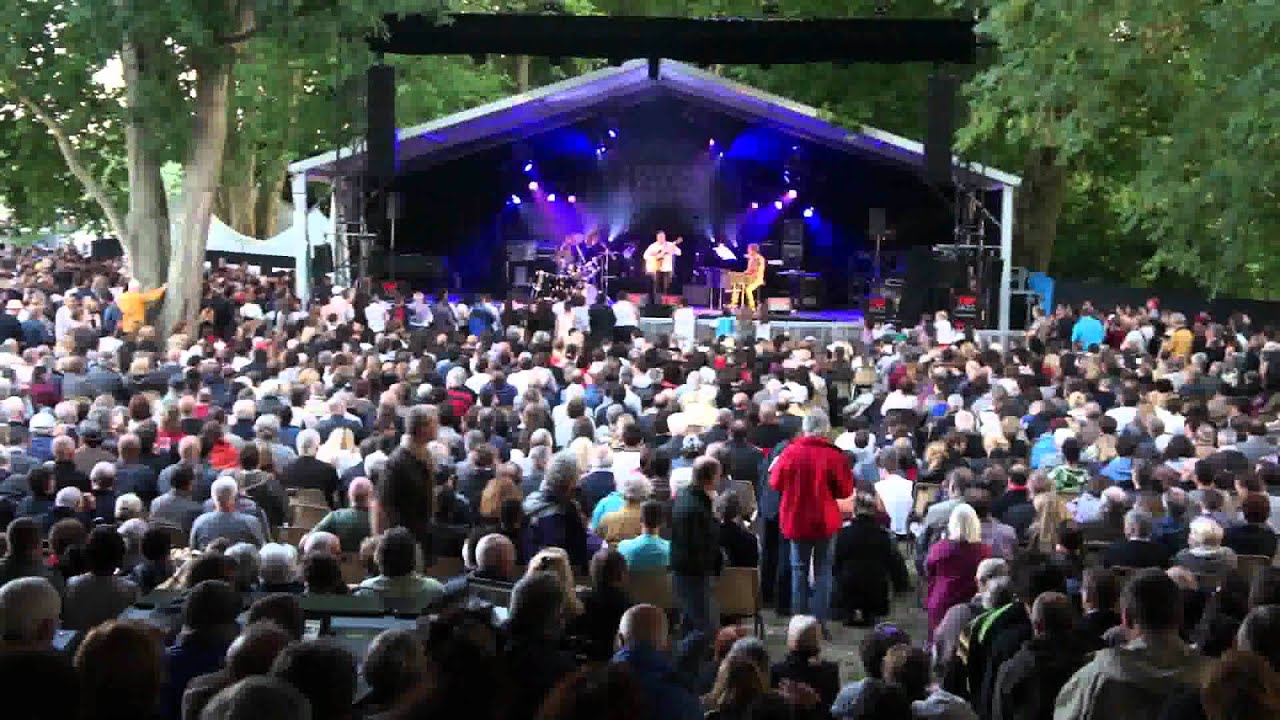 But what I most enjoyed and remember were the campsite pick-up sessions among friends and strangers. I started recording them on my cassette player and making copies for those that asked, an act that earned me gratitude that in turn translated into free drinks at the campsite’s bar. This was after all France and one could hardly be expected to go without wine or Ricard between the hours of 10 and 12 am.

At breakfast, lunch, and after the evening’s music had concluded on stage, the campsite’s residents gathered in the simple wooden structure with plastic chairs and fine vintages to talk in any number of broken languages about where they were from and how they had fallen in love with the music of Django, who was always Django and never Reinhardt because it would be a shame to pass up even once the rare pleasure of pronouncing the sound of a D and J fused together.

But the bar not only functioned as site of respite and conversation, but also a border of sorts between the camp for tourists such as myself, and the camp for gypsies.

As a tourist, I was not supposed to cross this border and venture into the gypsies’ camp of elaborate caravans with lace curtains and impossibly ornate interiors replete with Turkish rugs and custom built furniture that fit the most amount of luxury into the smallest space possible. But as a tourist, I didn’t know I wasn’t suppose to venture beyond this threshold, not really. I had been warned but what that warning meant was lost on me. Besides, I had heard from someone that there was a beach just past their camp where you could slip into the Seine without having to wade through the high reeds of its banks.

So I went with a towel and my bathing suit beneath my clothes, trying my best not to make eye contact with the old men and women who eyed me as I passed. There were no young people out at the time, but as it was relatively early, around 11 and they were probably still sleeping. The caravans ran on either side of a dirt road, or really a tree lined lane carved out only by the erosion of tires, for a little over a quarter mile before opening up into a meadow. My source had been right. The reeds gave way to a small grassy beach. I waded into the water.

The teal and orange of kingfishers flashed in the sun. Herons glided silently just above the surface, scanning the depths for prey. A turtle’s shell appeared above the water for a moment before sinking below again. On the far bank a family of deer emerged from the forest. Boats passed by from time to time, sending rippled waves lapping towards shore. The water was warm.

And it was quiet for a good while. The nearest road must have been more than a mile away and no one besides myself had elected to swim that morning. Only the cyclical drone of cicadas and birdsong rose above the silence. Suddenly, the sound of a violin being tuned, the strum of a guitar, the exhale of an accordion, then the combined notes of Djangology. I listened with my feet in the water. There was something different about the way these musicians played than the way those at camp played. I dried off and followed my ears.

Twenty or so men had pulled their wooden, rocking, lounge, and plastic chairs into a circle near the edge of camp. By and large their faces were tanned deeply and lined. The older men wore neatly groomed mustaches, the younger last night’s stubble. A few arched their eyebrows at my appearance but most did not see me, or more likely did not acknowledge my presence. Their instruments were battered and bruised. Accordion bellows were mended with tape, half the guitars had squares of wood glued over holes, the pegs of one boy’s violin had been replaced with soda tabs.

They played like lightning as they passed the solo around the circle without one note out of tune. They made the musicians at camp look like American soccer players who called the game by the wrong name started at 12 years old in cushy after school leagues rather than in the streets the moment they could walk. I found a tree with a concave trunk and nestled my back in its bark. I wanted to hide, afraid they’d kick me out if I made a spectacle of myself. I wasn’t supposed to be there. I was an interloper, a voyeur, and frankly I was a little scared. But I couldn’t bring myself to care or move.

They played for two hours like this, collectively soaring into realms that can only be explained or understood with the vocabulary of spirituality. They were transported entirely from this reality into another, a fact made clear by the look in their eyes they did not see what lay around them, but only the architecture built by their instruments and arms.

Finally, they rested their instruments. “Ça va?” said one of the older men. They nodded and rose from their seats, some returning to their caravans, others gazing at the river on its bank. I got up from my hiding spot and having no other choice, walked down the lane. None spoke to me, but only smiled and nodded their heads.

The festival ended the next day. I flew home and planned to return next year. But those things that get in the way, got in the way and I haven’t returned since. Then, I saw that the Django Festival was coming to Manhattan at Birdland, that famed institution named after Charlie “Bird” Parker who was subsequently banned for atrocious behavior.

Though lovely in its own way, it was not at all the same, of course. But it made me think of that week years ago and I hadn’t for a long time.

I'm a writer. View all posts by Lorissa