On a particularly hot Sunday, I set out towards MoMA to see Bodys Isek Kingelez: City Dreams. That the trains were running 30 minutes apart did not lessen my resolve and instead, resourceful as I am, took the M104 bus, enjoying the view of Central Park as I went.

In all honesty, my trip was more an act of contrition than a pilgrimage. I had never heard of Kingelez. But I felt, as New Yorkers often feel, that it had been too long since I set foot in one of our many museums. Our embarrassment of riches makes us forgetful, until we remember and feel guilty enough to venture out into 95 degree city sidewalks swarming with summertime tourists.

I had no expectations of the show. But even if I had the highest level of anticipation, it would have been met.

A self-described “designer, an architect, a sculptor, engineer, artist” Kingelez incorporates elements of each of these disciplines into his individual works with dizzying dexterity. 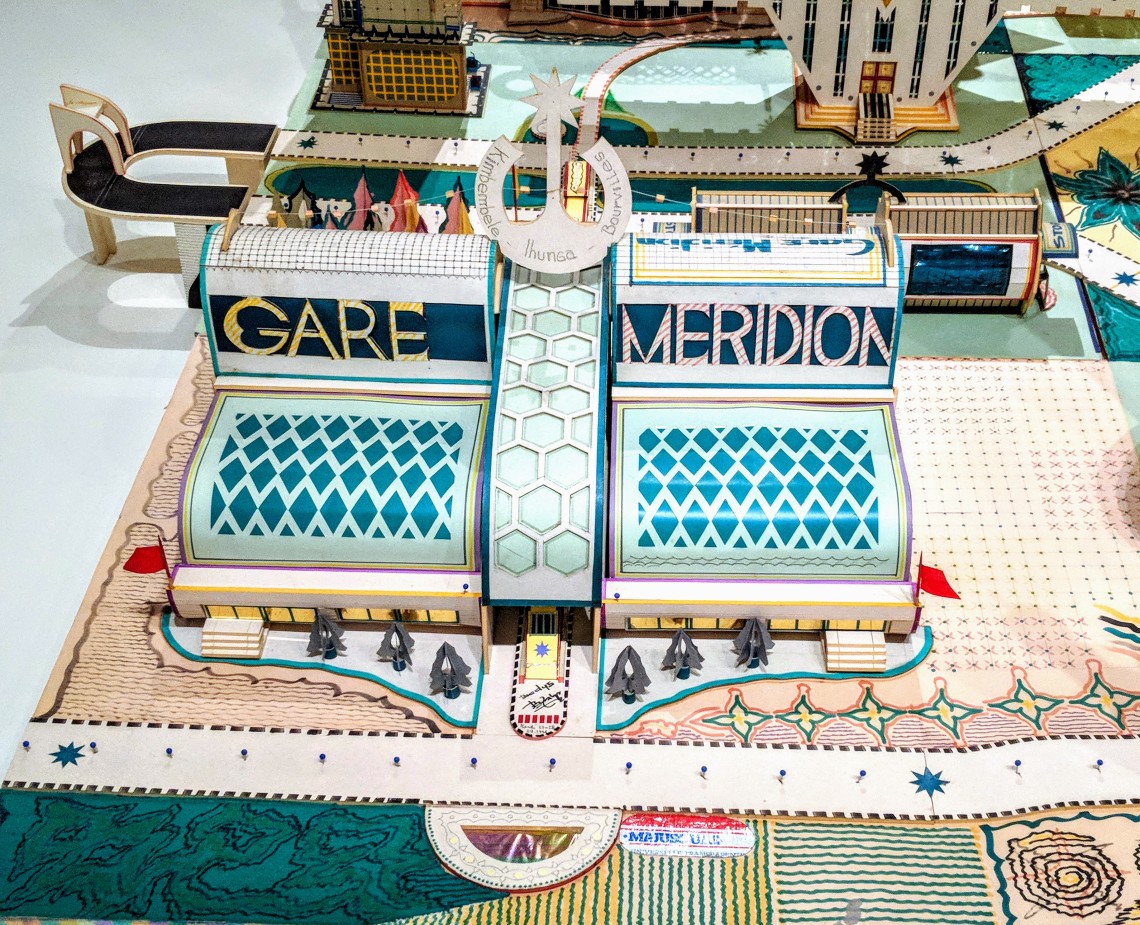 Like any great city, Kingelez’s encompass multiple eras, styles, and types of architecture. That he is able to combine them in a way that feels like they have grown organically over time speaks to his genius.

His fearless combinations of shapes, colors, and themes inspire a mild sense of vertigo, the kind one might experience if standing atop one of his realized skyscrapers.

It is impossible not to imagine oneself walking through the streets of his cityscapes and wishing that you could live there.

His buildings are at once whimsical and practical, outlandish and utterly delightful. More than anything, his work creates a new model of urban planning, one that incorporates space for joy, hope, and imagination. If only we all could live in such a city. 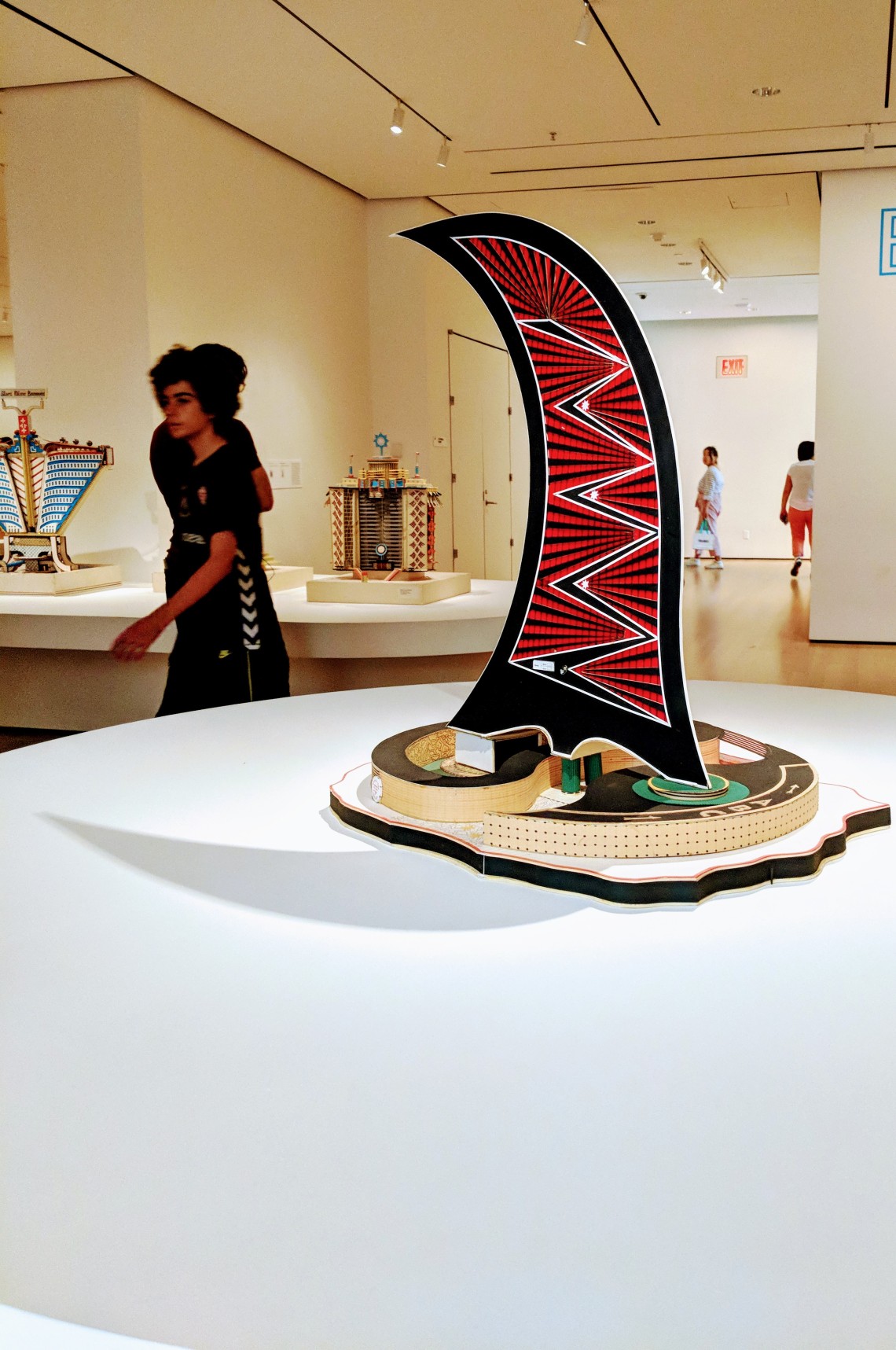