In December of 1938 once Trenton based shoe-clerk, Barney Josephson opened a jazz club at 2 Sheridan Square in the West Village. Ironically named Cafe Society after the slang term for the day’s upper crust, Josephson added the tagline “the wrong place for the Right people” lest anyone be confused as to what they were getting into.  With greats like Count Basie, Hazel Scott, and Big Joe Turner gracing the stage in its early days, Cafe Society quickly became known as the “foremost swing spot below Harlem.”   But Cafe Society’s stage wasn’t just a place to see great jazz, it was also a platform for racial equality and desegregation.

Despite being the inventors, innovators, and standard bearers of jazz, African Americans musicians faced segregation both on stage and in the audience at jazz clubs. Even at famous venues like the Cotton Club that regularly showcased legends like Billie Holiday and Duke Ellington, African Americans never shared the stage with white Americans.    Indeed, “operators of nightclubs and hotels would promptly ‘nix’ a proposition” of having an interracial band play.  By prohibiting African Americans and whites from playing together, the fourth wall of performance became yet another barrier between the two races.

As audience members, African Americans were relegated to the back one-third of the Cotton Club, behind columns and partitions. In any club outside of Harlem, they couldn’t even get in the door. Josephson sought to change that when he opened Cafe Society. “I wanted a club where blacks and whites worked together behind the footlights and sat together out front.”

The audience was mixed from opening night, but the stage remained segregated for another year until he booked Joe Sullivan’s new sextet for a regular gig.  A piano player known as “one of the best whites around,” Sullivan’s distaste for racism was as pronounced as Josephson’s. He had been thinking of putting together a “mixed” band since his teenage years when he was hanging out in the unofficially unsegregated honky-tonks of Chicago. Shortly after the premiere of his new band Sullivan declared, “I hate and denounce prejudice” and “music knows no boundaries or borders.”

Besides himself, Sullivan’s sextet was at first composed of 3 white and 2 African American musicians. But soon he changed up the ratio with 2 white and 4 African American musicians. The venture, according to Josephson, was a success. “We haven’t enjoyed as much business since the place opened,” he told the Chicago Defender. “Last week we turned away more than 500 patrons because of lack of space” and “not one person has expressed disgust at us using Sullivan’s mixed band.” But not everything was bread and roses at Cafe Society and it soon became clear that there was a limit to the patrons’ acceptance of civil rights taking center stage.

In early 1939, Josephson took his anti-racist campaign a step further and introduced Billie Holiday to Strange Fruit, a song written by Abel Meeropol, a communist school teacher who, with his wife, subsequently adopted the children of Ethel and Julius Rosenberg. Josephson asked Holiday to sing it as a personal favor and she agreed. Strange Fruit became the first commercially produced song about lynching and one of the most powerful civil rights ballads ever sung.  But Josephson thought the song wasn’t enough on its own and took to stage managing its performance.

Each night before Holiday sang Strange Fruit, Josephson instructed the staff to stand still. No orders were taken, no glasses were cleared, no one got rung up. The room went dark except for a single spot on Holliday. As Josephson later recalled, he wanted the audience “to remember every word of that song or at least go home thinking about it.”  But some patrons didn’t get to the end of the song and walked out in the middle. Others protested vocally. One woman followed Holiday into the ladies room screaming, “Don’t you sing that song again! Don’t you dare!” Holiday was wearing a strapless gown – the woman ripped it off. It’s worth noting that Holiday was 24 years old when she premiered the song. 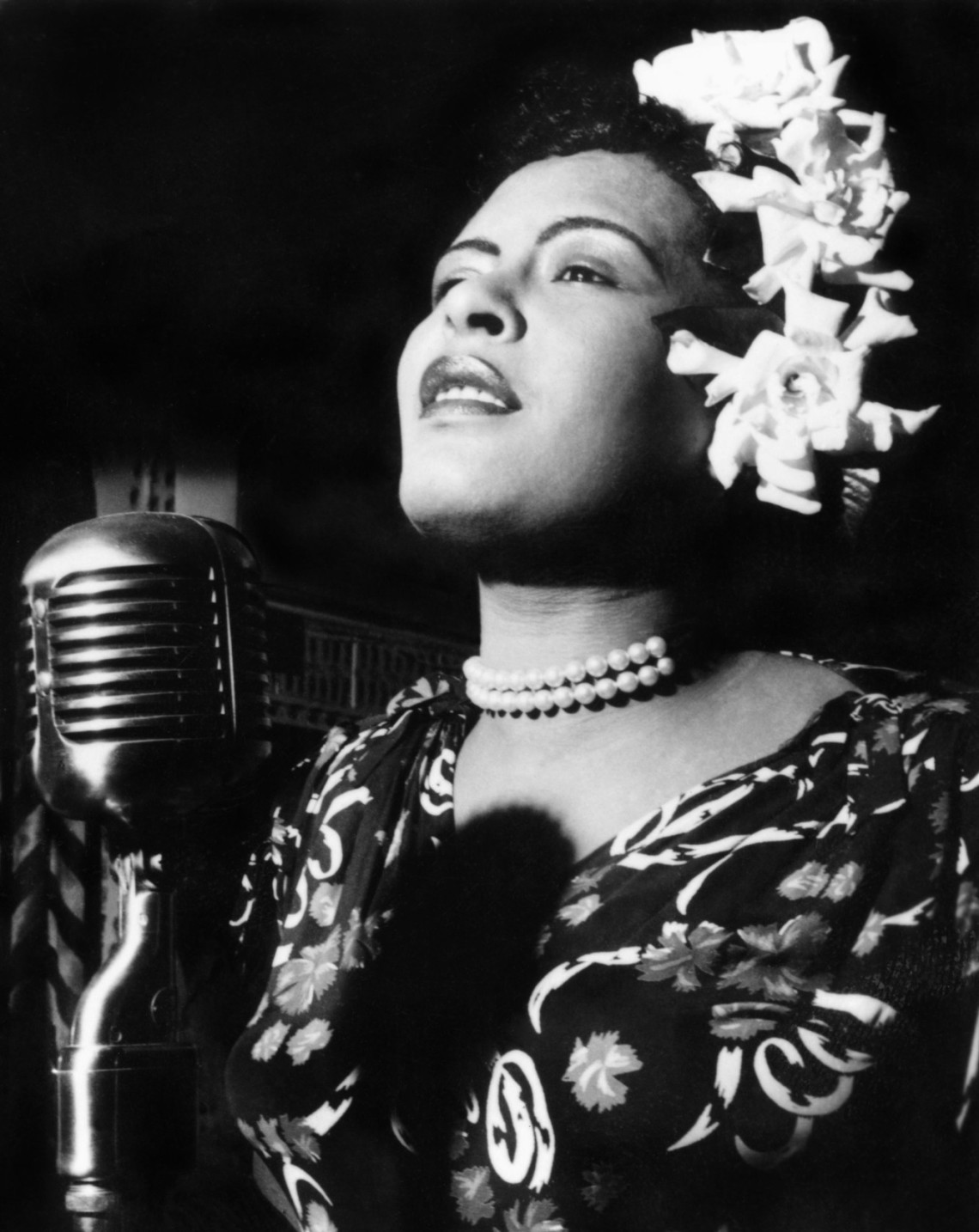 Throughout its history, Cafe Society remained dedicated to civil rights. Its groundbreaking policy of a desegregated stage and floor helped shape the dialog around racial equality in the jazz scene and in the country as a whole. Jazz, after all, was popular music at the time. Its progressive politics made sense in New York City where African Americans, recent immigrants from around the world, and European Americans lived, worked, and commuted in close proximity to each other on a daily basis. Numerous strides in racial equality had been made in the 1920s and 1930s due to New York’s diversified manufacturing economy and efforts by labor unions to form a united front in the working class. To a large degree, African Americans had previously been excluded from this discourse – but the discourse existed and for a moment, it seemed to be widening.

Still, it took another 25 years for segregation to end in the United States. Its demise might have come more quickly if it wasn’t for the McCarthyist period that wreaked havoc on the lives of so many early civil rights supporters and activists – Josephson included. In 1947, Josephson’s brother was subpoenaed by The House Committee on Un-American Activities. He refused to answer any of the Committee’s questions and was found guilty of contempt. Josephson escaped HUAC, but not the public fallout of his brother’s conviction. He was attacked by numerous journalists and business at Cafe Society dropped precipitously soon thereafter. Cafe Society closed later that year and Josephson retired from the public spotlight.