The doorman at Smalls is almost as well known as an institution as the club itself. He’s been there every night – as far as I can tell – for as long as I can remember. When I’ve walked passed on Sundays when Smalls hosts matinee shows, he’s there with a guitar playing Django Reinhardt tunes and trying to get the women who pass by to sing a phrase or two. I must admit, I’ve been convinced on several occasions, though I’m not much of a singer. 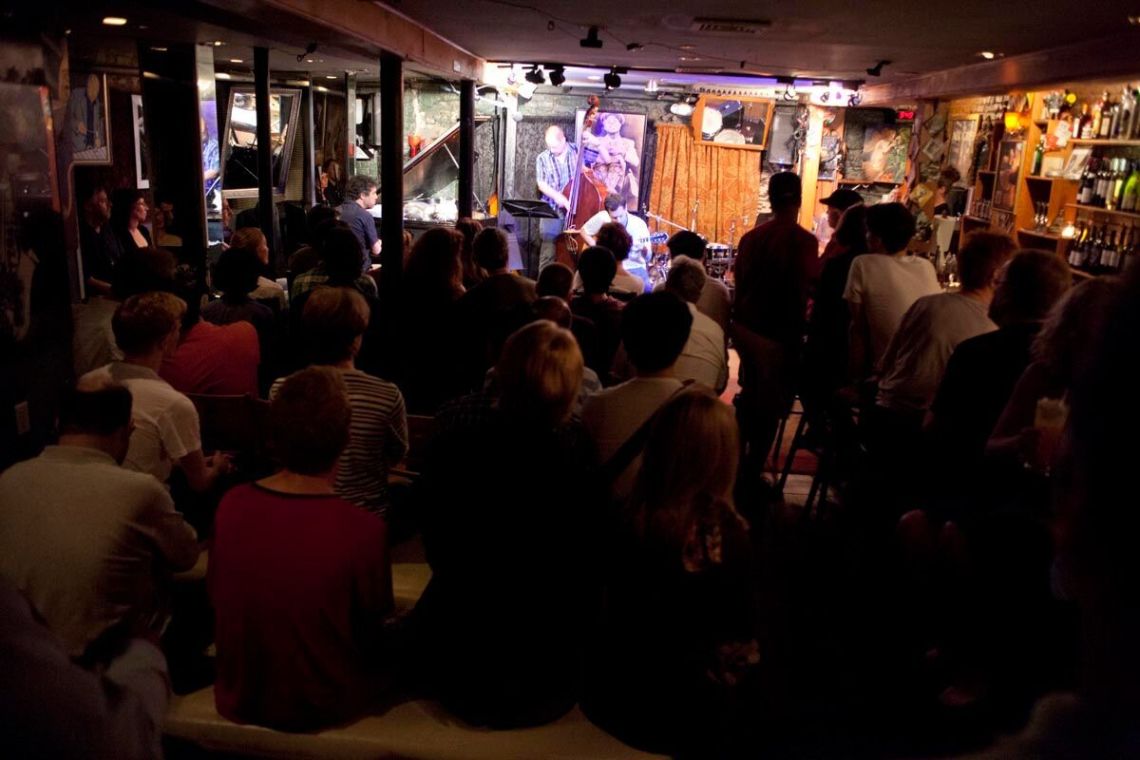 So I wasn’t surprised to see him on a blustery November evening minding the door. I handed him a ten to which he said, “It’s twenty these days.” I looked again into my empty wallet. “It’s ok,” he said and waved me down the stairs.

On stage, the impossibly young looking Philip Dizack Quintet tuned their instruments. While they barely looked out high school, they’d garnered quite a bit of critical acclaim for their young age from the New York Times, the LA Times, LA Weekly, among others. I ordered a whiskey soda while I waited for them to start and took a look around.

Located in a basement on 10th Street between 7th Ave and West 4th Street (thanks, Greenwich Village for making no sense at all), the interior of Smalls is about as intimidating as you can get. Portraits of jazz greats like Louis Armstrong and John Coltrane hang crookedly on the wall. The seating is comprised of 5 long benches that would require carbon dating to determine their age, a couple of chairs to the side, and barstools that creek when you turn them. In short, it’s magnificent.

Unlike most jazz clubs, I wasn’t the youngest person in the room, which I may have been due to the fresh faced act that was about to go on. But since its inception, Smalls has had a reputation for being one of the more bohemian places in the Village – which is saying something with neighbors like the Village Vanguard and Arthur’s Tavern.

When it opened in 1993, sets didn’t start until 10:30 at night – pretty much precluding anyone with a 9 – 5 from going – and didn’t end until 6 in the morning. Booze was BYOB and smoking was encouraged. (I have to say, those indeed do sound like the good old days.) Youngbloods lit up the stage back then as well with the likes of Ari Hoenig, Kurt Rosenwinkel, and Mark Turner making a name for themselves in the smoke filled room. For years it was the go to place to see what was new in jazz.

With the smoking ban and the post-9/11 financial slump, Smalls hit hard times and closed in 2003 for three years. But with a little influx of new capital and a change in business strategy, it reopened in 2006 with a liquor license and earlier set times of 7:30 in the evening. While it’s diverged a bit from its salad days of cigarette butts and existential angst, Smalls still retains its experimental air – which was confirmed as soon as the Philip Dizack Quintet struck up their instruments.

First I’d like to mention the bassist, Daryl Johns who in playing his instrument seemed to become one with it like some strange and beautiful space alien sent to earth to show us the future of jazz. Here he is at the ripe old age of 16 in audition video for the Grammys:

Band leader and trumpeter Philip Dizack was no less impressive who two years after graduating HIGH SCHOOL released his first album, Beyond a Dream.

Together guitarist Jesse Lewis, pianist Sam Harris, and drummer Jimmy McBride, the Quintet gave one of the more exciting and innovative performances I’ve seen to date. You can hear Dizack’s deep influences of Oscar Peterson and Miles Davis, both of whom started with the Great American Songbook but went on to be two of the most transformative figures in jazz’s history. Likewise, you can here Dizack’s familiarity with the standards in his deviation from them and into not only atonal explorations, but also experiments with elements more familiar to funk, pop, and even 1970s psychedelic jam music. 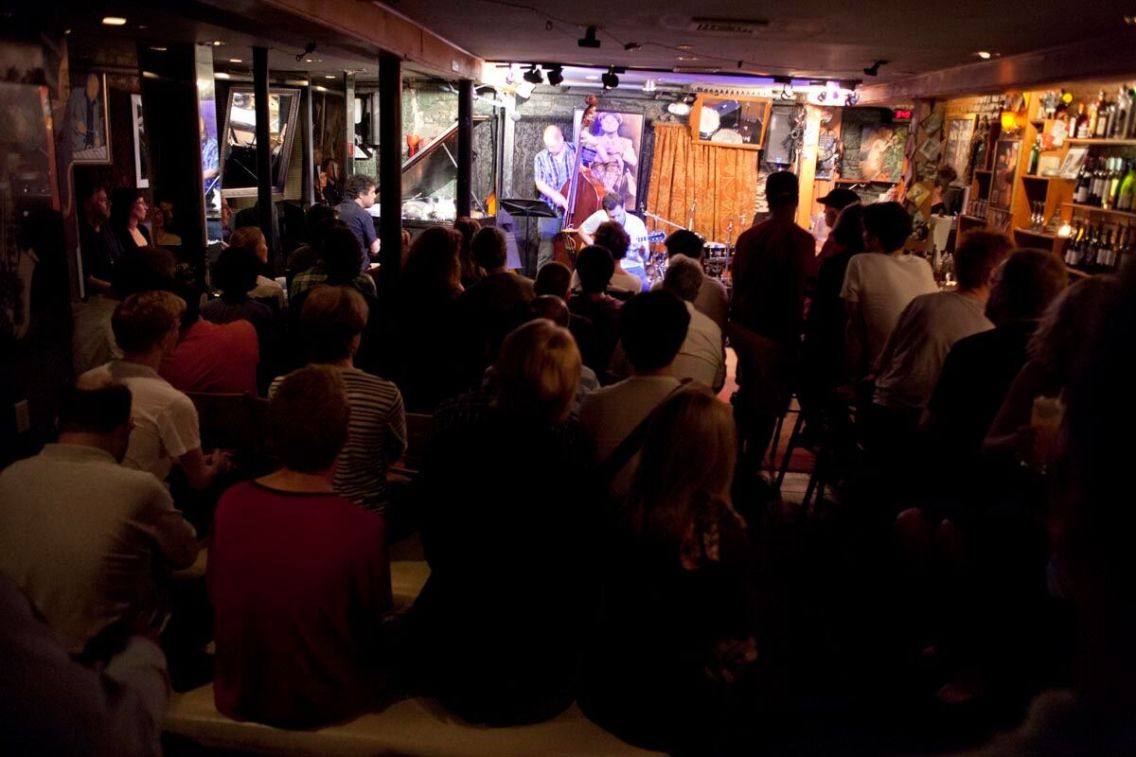 With the exception of the very large Russian watching soccer on his iPhone and wearing a TAG Heuer watch dragged there undoubtedly by his, the rest of the audience and I sat rapt for the entirety of the performance. Afterwards, I made my way to the front to ask Philip where I should go next. “Smoke,” he emphatically suggested.